The Dr. António Agostinho Neto memorial is a historical monument that tells the story of the first president of Angola, discover what to do in this place.

This important monument was inaugurated on the 17th of September 2012, by the President of the Republic Eng.º José Eduardo dos Santos. With the aim of perpetuating the memory of the first President as Leader of the Liberation Struggle, Statesman, Man of Culture and Humanist.

As established in its Organic Statute, the purpose of the Memorial is to research and preserve the life and work of Dr. António Agostinho Neto, as well as to promote knowledge of African culture and artistic training. 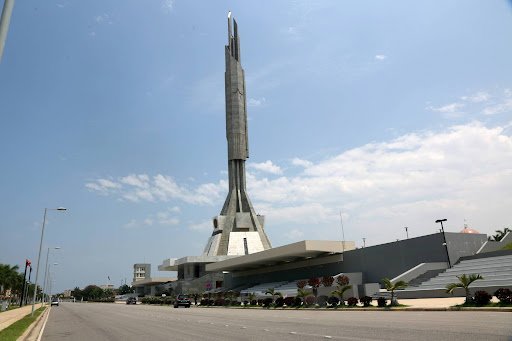 With an area of 18 hectares, the Memorial Dr. António Agostinho Neto, has a central block that includes the sarcophagus, where the mortal remains of Agostinho Neto rest.

In addition to the former 120-meter high Rocket, the Memorial also has important structures, such as:

All these subsystems are part of this large information system, which combined provide an incredible experience to all visitors, in a true demonstration of the democratization of access to information.

The well-kept exterior is pleasant, with its main square, tribune, car park and a huge 500-metre avenue for parades.

The Dr. António Agostinho Neto Memorial is, with absolute certainty, one of the mandatory stops in the capital city, this magnificent information system provides visitors with a pleasant experience, largely due to the various information resources it has.

The site receives hundreds of visitors annually, from students to individuals, either for leisure or for the pursuit of knowledge regarding the life and work of Dr. António Agostinho Neto and beyond.

Main activities that the place hosts

Located in the Urbano das Ingombotas district, on the Rua do Bispo beach, in Luanda, this space proposes to be a center for artistic training and dissemination.

At MAAN (acronyms by which the memorial is known), there are also frequently workshops on literature, theatre, music, contemporary dance and vacation programs with multiple activities.

At the same time, this is a place for shows, exhibitions, gatherings and lectures, with a varied program.

The place also has vacation programs for children, creating a favorable environment for the development of artistic skills.

The importance of MANN is therefore fundamental to understanding a vital period in the country's history. So much so that the Ministry of Culture of Angola, raised this important heritage, the category of Historical and Cultural Heritage of Angola. 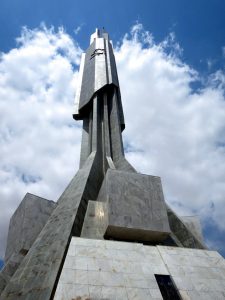 The memorial has thematic exhibitions and monographs by artists and emerging, as well as the belongings of the first president of Angola;

When visiting the site, you can get to know the emblematic speech of proclamation of independence, as well as the possibility of carrying out investigations into the various information subsystems that make up this important cultural monument in the country, such as the video library and library.

The Dr. António Agostinho Neto Memorial is a true space for leisure and knowledge, with a rich history and a combination of the main existing information systems...

With this tourist guide you can learn more about the life and work of the first president of Angola, Dr. António Agostinho Neto. Please let us know if this article was helpful to you in the comments below.