For more than 50 million years, the sands deposited along the Skeleton Coast have been redrawing maps daily, carving dunes that reach more than 300 meters in height and are among the largest on the entire planet. There is only one people capable of inhabiting this land, one of the most inhospitable in the entire African continent. These people are known as the Himbas, the semi-nomadic people of the Women in Red.

The Himbas are an ethnic group of about 20,000 to 50,000 people, pastoralist and speak the Otjihimba language, a Herero dialect. Since the century. XV who live near the Cunene River, which marks the border between Namibia and Angola, but circulate freely between the two countries. For them, there are no borders. They roam the desert like lions and elephants, even walking up to 80 kilometers in search of water for their livestock.

The Himba tribe is one of the loveliest in Africa. It is a matriarchy at its peak, because women are in charge. They are the “owners” of children, houses, cattle and all the utensils that exist in the villages.

The Himba people practice ancestor worship, being considered by some anthropologists as an evolved monotheism. Their deity is named Mukuru, and the Himbas use ancient fire to communicate with the spirits of their predecessors.

According to the religion of the Himba people, Mukuru created man, woman and cattle from the same tree. Unlike most other monotheistic religions, Mukuru does not have unlimited power and ancestors can also strongly influence the living world and what happens in it.

One of the jobs of the male leader of the Himba family is to maintain the ancestral fire, periodically approaching the fire in order to communicate with Mukuru and his ancestors.

In the Himba religion, Mukuru controls most of the elements of the physical world, such as land, water and climate, but it is the ancestors who have control over aspects such as diseases or the condition of livestock. For example, if someone becomes ill, the Himba people believe that the spirits of the ancestors were somehow offended by that family's actions.

The Himbas tend to wear few clothes and modern costumes are scarce, but when they exist, it is usually men who wear them. Traditionally men and women go topless and wear skirts or loincloths made from animal skins.

Adult women, in addition to the aforementioned ocher skin tone that also extends to their hair, wear a kind of bracelets around their ankles to protect their legs from being bitten by insects and other animals. Boys are circumcised, usually before puberty, to make them fit for marriage.

The Himba women are skilled artisans and are therefore the soul of the tribe, as they maintain the economy of their homes and raise their children in their own way, with extreme care. Sometimes they move to large urban centers (more in Namibia) with the aim of selling their art, then returning to their rustic world.

The responsibility for milking the cows rests with the women, who are also responsible for caring for each other's children. Women tend to carry out more arduous tasks than men, such as transporting water to village houses and even construction tasks. In keeping with the tradition, they never bathe, but spend several hours a day in beauty rituals (covering themselves with otjize).

The Himba also rule a polygamous society, in which each woman can have sex with several men.

Cattle are the main status symbol of a Himba family, so women who have more heads of cattle are considered richer and more important. Stealing cattle is punishable by death. Meat is reserved only for special events such as weddings and funerals. When a Himba dies, part of his livestock is killed and the heads are piled up beside the grave to protect his spirit.

The members of a typical Himba family live on a rural property, often in a small, circular village, where in the center you can find an okuruwo (ancestral fire) and a corral for cattle. Both fire and cattle are closely linked to their belief in ancestor worship.

When the German missionaries who colonized northern Namibia wanted to make them see the “shame” of walking dressed lightly, and that their habits and traditions were not “the best fit”, the Himba retreated into the deepest part of the world. Namibe desert and thus did not allow themselves to be contaminated by the way of thinking of the missionaries, who never understood that the religion they were trying to impose on them would end up modifying their ancestral roots and traditions, which fortunately persist to this day. 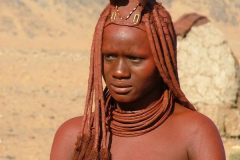 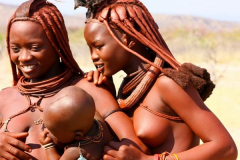 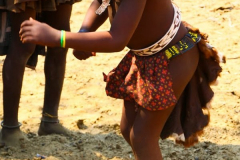 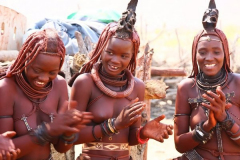 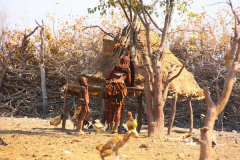 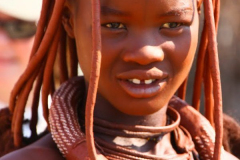 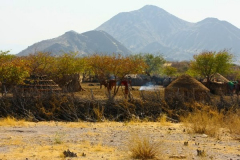 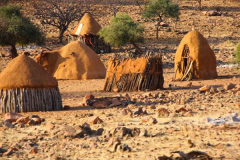 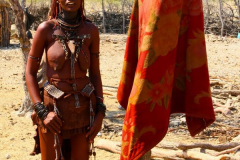 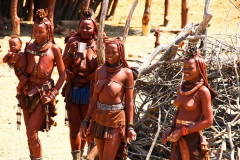 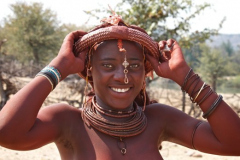 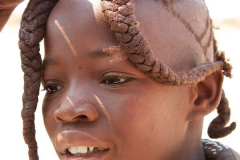 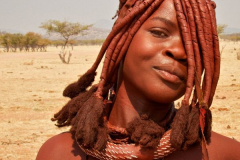 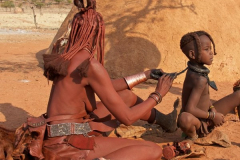 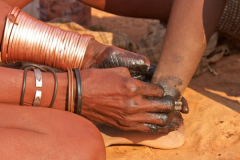 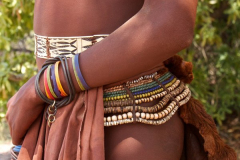 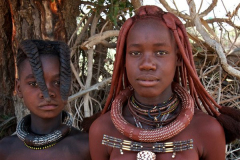 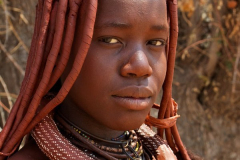 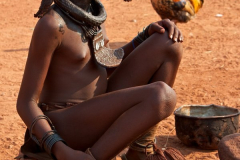 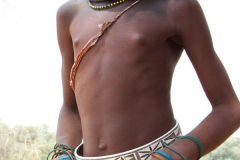 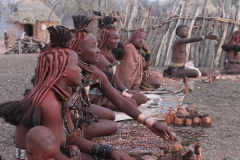 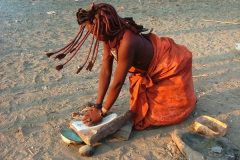 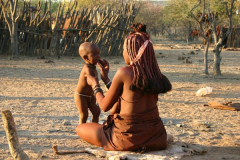 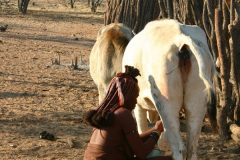