The province of Zaire is the "cradle of Angola" as it is through it that the former districts of Angola took on the status of province. Find out how to get to Zaire, discover the best hotels and the biggest tourist attractions. 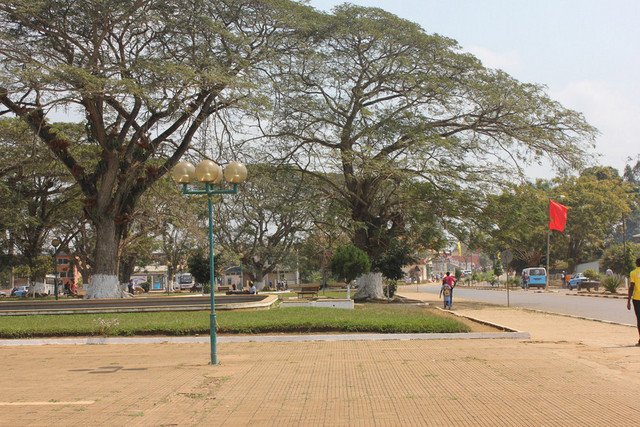 Founded in April 1961, Zaire province is one of the 18 provinces of Angola, located between the north and west of the country. History tells that formerly the present province of Zaire was part of the Kingdom of Congo, that is, the former capital of Congo (San Salvador) was located in the area that is now Mbanza Congo, the capital of Zaire.

In fact, in 1483 after the explorer Diogo Cão disembarked in the region, the king of Congo Nzinga Mbemba established a commercial agreement with him, which consisted in the trafficking of people (the main Congolese export material) who would later be slaves.

Historians tell that the Zairian people (Bakongos) captured and sold slaves to European forces, which they therefore sent to Brazil and São Tomé; all the time, the slave trade was carried out in the city of Mbanza Congo (formerly San Salvador) which is now the capital of the province of Zaire.

However, the kingdom of Congo remained unstable from the 18th century until 1883, when it anticipated the Berlin Conference with the other kingdoms. However, in 1972, all the districts of Angola gained the status of provinces, after the Kingdom of Congo intended tutelage over the province of Zaire and the province of Cabinda.

Consequently, after the period of wars, with Angola's gaining independence, the slaves who became refugees (and their descendants) returned to their mother Angola.

To get to Zaire province, you have the option of traveling by plane or by road (bus). There are 2 airports, one in Soyo and the other in Mbanza Congo that receive both large and small planes.

THE TAAG Angola Airlines it has regular flights, which can take you to 13 of the 18 provinces of Angola including the province of Zaire. Arriving in Zaire, you will disembark at one of the two airports, one in Soyo (Comandante Ndozi Airport) and the other in M'banza Congo; both easy access to taxi services. 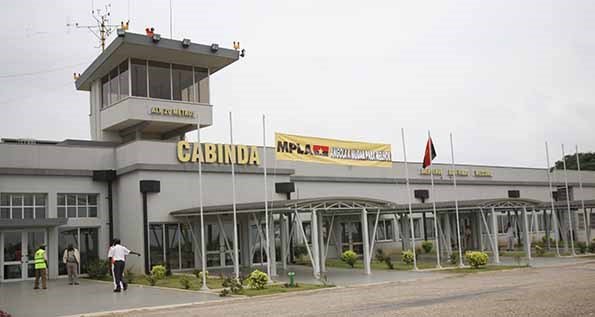 Access by road has been improving and the journey from Luanda in this way is pleasant due to the beautiful landscape. So if traveling by air isn't your first choice, Macon Transport is our most renowned inter-provincial bus service company and, in addition to being able to take you to the provinces you want on domestic trips, it also has the Luanda-Windhoek route.

Otherwise, there is the Angoreal which also provides bus services. Remember that the province of Zaire borders the provinces of Uíge and Bengo. So be sure to extend your tourist trip to get to know the Uíge it's the Bengo. 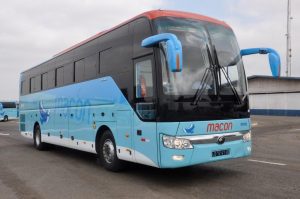 Upon arrival, you will find the Kinwick Resort Hotel it's the Hotel Nempanzu which are located in the heart of the city of Soyo near the emblematic river Zaire. In any case, be sure to make your reservation through Angola Hotels. 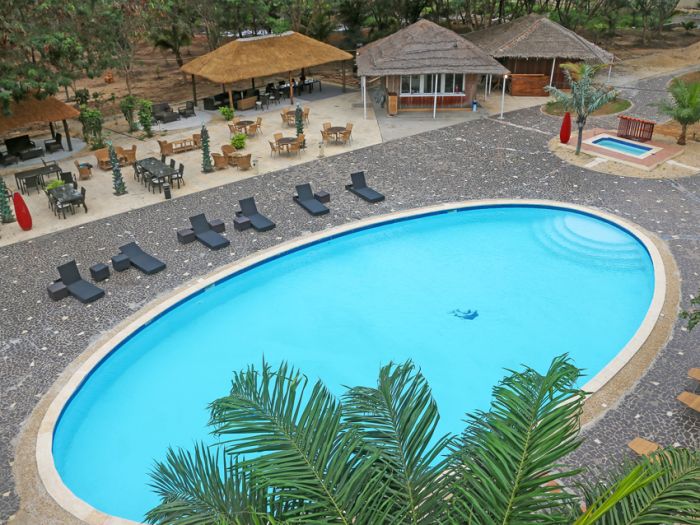 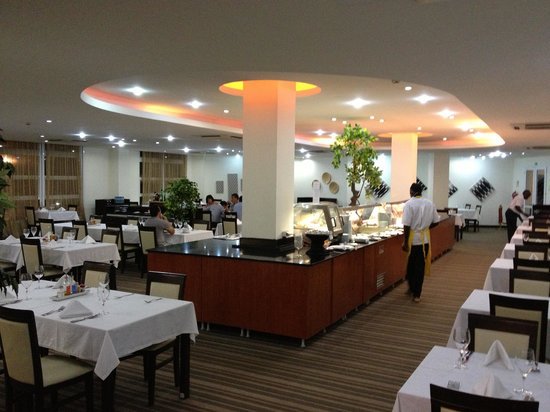 For the purposes of transport in the province of Zaire, you don't have to worry, the Welcome to Angola suggests options to suit all budgets:

Public transportation: Optionally, you can also explore the option of the blue and white taxis that circulate around the city. It should be noted that, when using these cars without knowing the city, you should carefully seek the help of the collector (collector), the driver or someone who is sitting next to you. The Angolan people are very welcoming and always ready to help. 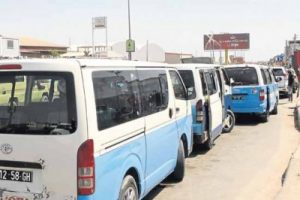 The cuisine of the province of Zaire is typically based on dried or fresh fish, which is always accompanied by funje de bombó or simply cassava; additionally, dried meat funje and sacafolha (traditionally prepared with cassava leaves (kizaca) and mixed with beans) are part of the typical daily dishes of the Zairean people. Be sure to try Nfumbua, a very common delicacy in the north of the country. 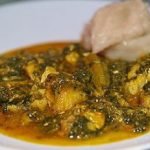 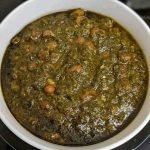 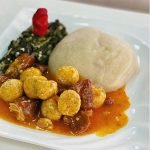 In your quest to taste the best typical dishes with flavors from the land, if you come from far away, we recommend that you visit the following places where you can try the typical dishes of the province while learning more about the culture of that people:

Being the “cradle of Angola” the province of Zaire has the best cultural tourist spots to make your visit wonderful. In fact, for a moment of leisure, our recommendation is to visit Praia dos Pobres, located in an upscale area of the city of Soyo; take the opportunity and arrive at Praia do Kimbriz which is approximately 70 km (take less than two hours) from Soyo. 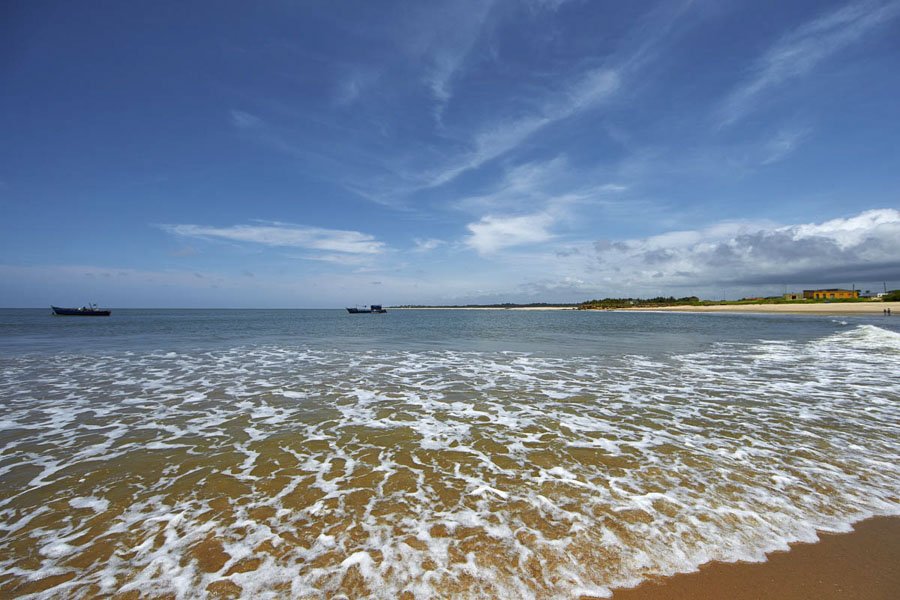 If you want to learn about the history of the province of Zaire, start by visiting the historic Zua Evua cave. These exist over a thousand years ago and are 80 km from the capital of Zaire. 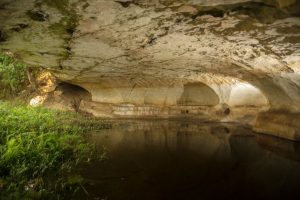 In addition to getting to know the essence of the history of the caves that are the “Heritage of Humanity” in Zaire, you will enjoy the beautiful encounter between the waters of the sea and the waters of the Zaire River (the second largest river in Africa). Briefly, in the place where the Zaire river is born, you will see the river meeting the sea, which provokes a noisy spectacle of rare beauty in the province's ethno-historical roots. 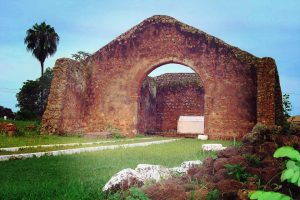 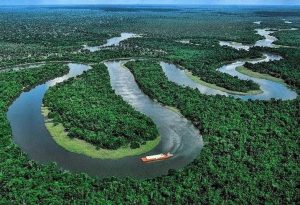 As for historical monuments such as museums, you cannot miss the “Museum Kulumbimbi” the museum of the kings of the Congo and former dwelling of the king of Mbanza Congo. There are also some sacred tombs where you can learn more about the history of kings toppled by independence. 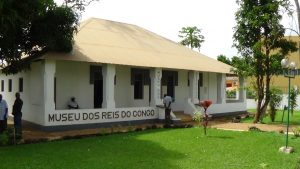 Museum of the Kings of Congo. Image: see Angola 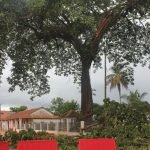 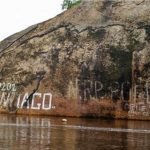 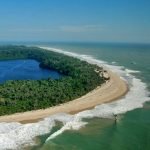 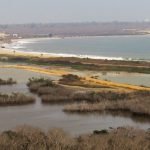 The province of Zaire is characterized by having a tropical Savannah climate. The months of June to October are the months of low humidity (dry season). Meanwhile, from November to May there are frequent rains (humid climate). Due to the variations in the climate, in the province of Zaire, it is suggested that you take clothes that suit the two weather seasons.

We also recommend that you always carry cash in hand because Angolans still live off the informal economy, especially in public places such as markets.

If you are an international visitor, you should have your up-to-date vaccination card with you which is required right at the airport.

The province of Zaire is considered the cultural heritage of Angola, the Zaireans are a very welcoming, simple and humble people. They have their culture ingrained, making sure that visitors to the province feel included and embark on an understanding of the people's culture.

Unfortunately, Angola still faces situations of extreme poverty, which has been one of the country's greatest challenges. Because of this, you may come across people asking for monetary help on the streets of the province. It is recommended that if you want to help, choose to buy some food item, instead of offering cash in hand.

Avoid walking around with the phone in your hands, especially if it's a street with poor lighting. There are some places in the province where militants are present.

Finally, always carry cash in hand, especially if you go to an informal market.

Like the other provinces of Angola, the province of Zaire has a variety of things that you can take home as a souvenir. From domestic utensils, handmade pieces, accessories, etc. You can take with you the most referenced work of art in the country, the Pensador, which is one of the cultural jewels in Angola's crown.

There are also some artisan products for home decoration made from bamboo. You can also take some accessories, or an African piece from the samacaca that is also widely used in the province. 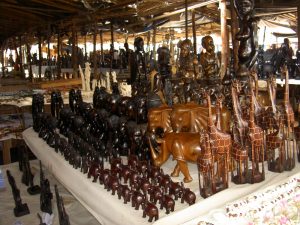 Finally, you can enjoy a complete visit to the city of Mbaza Congo. Please let us know if this article was helpful to you in the comments below. 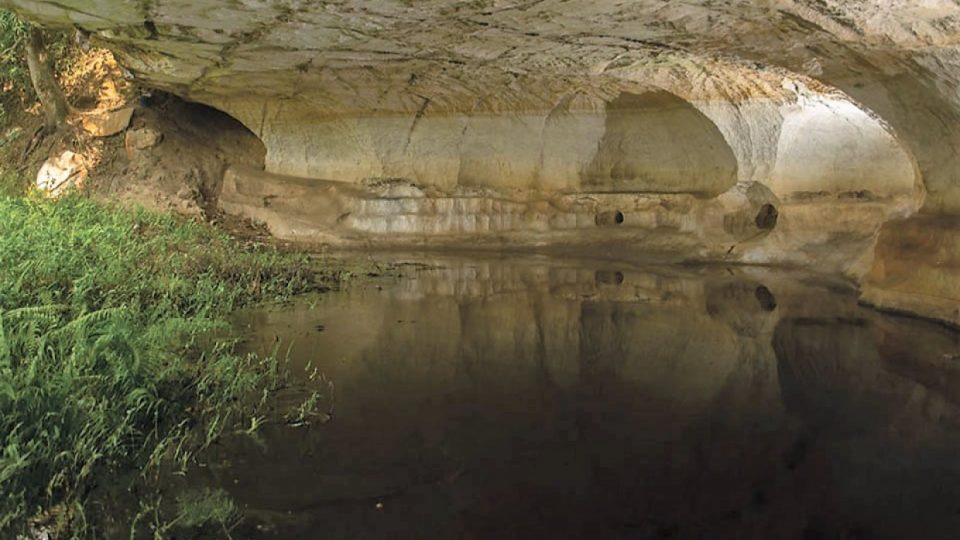