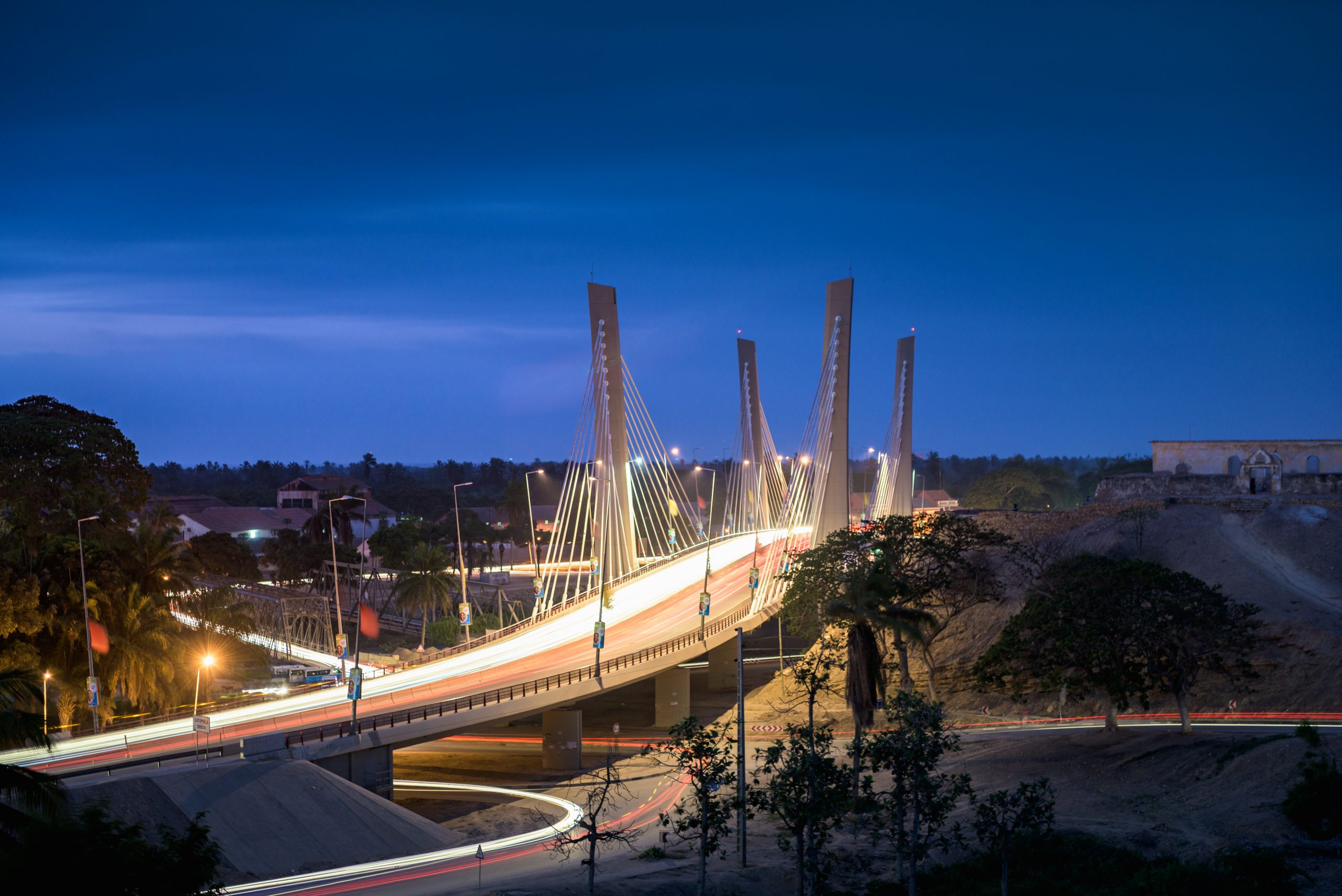 Benguela is one of the most active cultural spots in the country, also known as the city of red acacias and one of the pillars of development in the country. Historians say that the province of Benguela was founded on May 17, 1617. After 24 years (in 1641), Benguela is separated from the kingdom of Congo, although it still remains a border country for the province. The city was then conquered by Dutch forces that expelled the invaders from Benguela territory with the help and intervention of the Portuguese, who immigrated into the interior of Benguela.

After being completely destroyed by French forces, the province of Benguela was finally rebuilt between the years 1705-1730, having as its first monumental heritage (construction made of stone) the Church of Nossa Sra do Pópulo. Some time later, the Benguela Railway was built, linking the provincial capital of Benguela (Lobito) and the city of Beira (Mozambique). Later, the famous Porto do Lobito, where through the Congo's railway systems, it is possible to export from international markets to the city of Benguela. 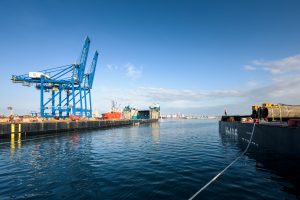 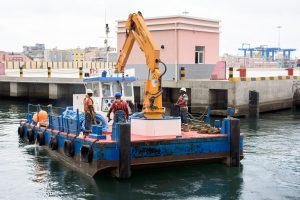 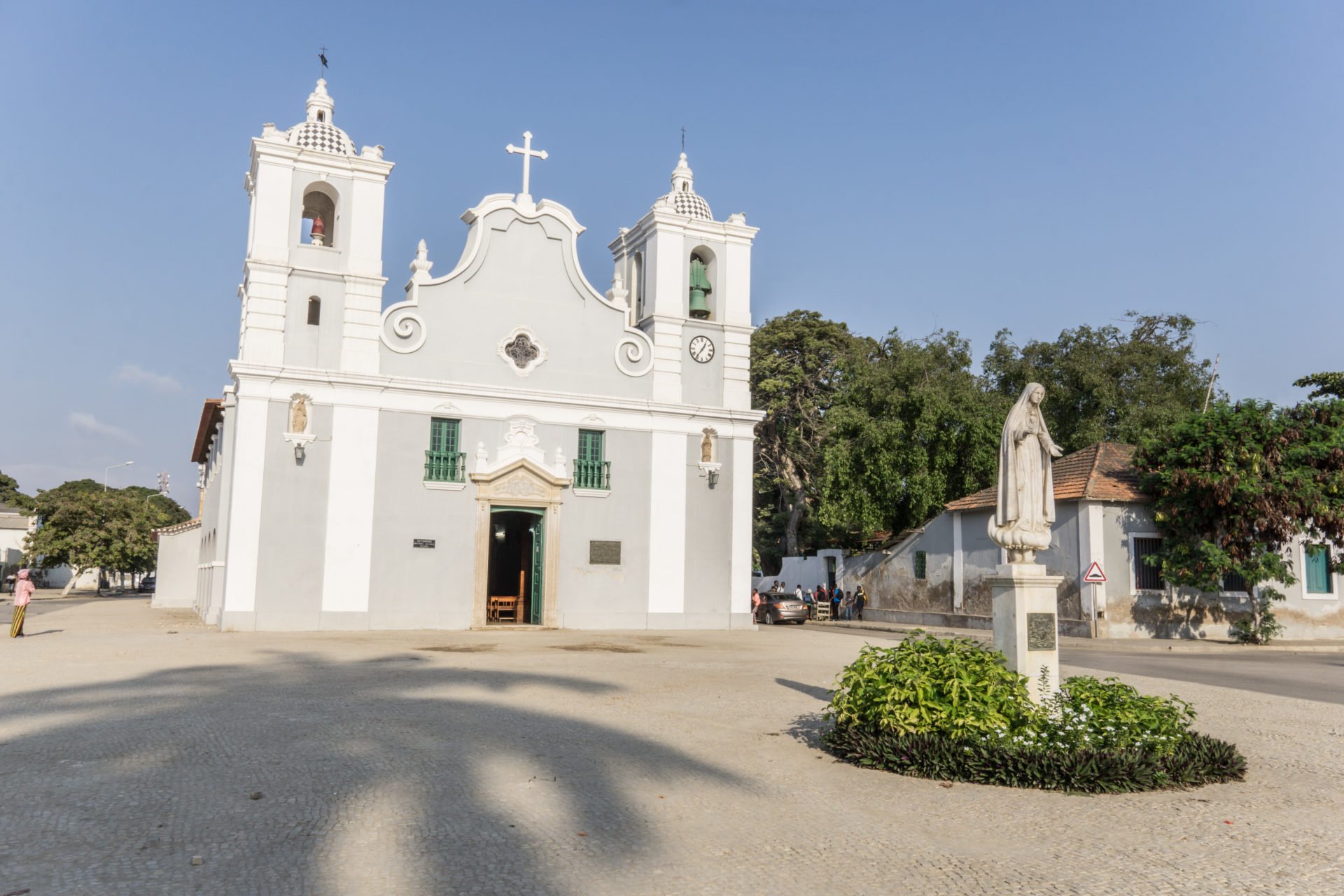 Our Lady of Populo 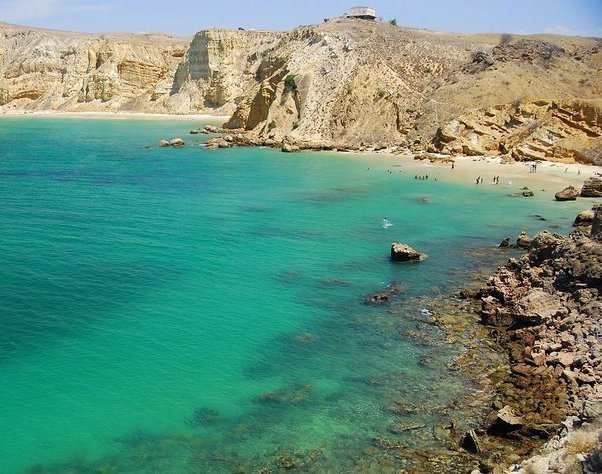 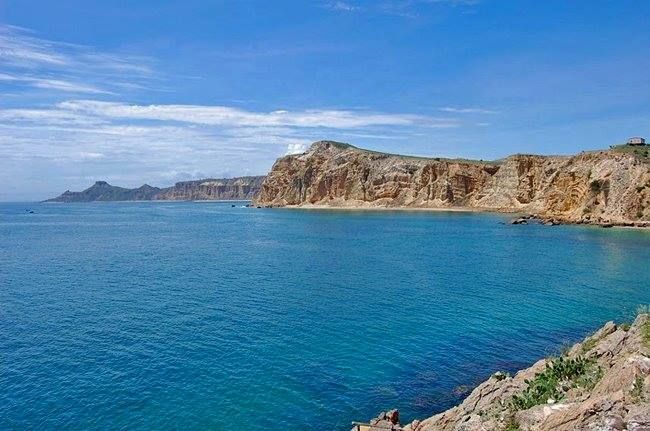 The city of Acacias Rubras is recognized for the admirable beauty of its beaches, highlighting Baia Azul, Baía Farta, among others. Agriculture, fishing and livestock are the main activities of this coastal population in central Angola, bordering the provinces of Kwanza Sul, Huambo, Huíla and Namibe. The province is divided into 9 municipalities: Benguela, Baía Farta, Balombo, Bocoio, Caimbambo, Chongoroi, Cubal, Ganda and Lobito.

Upon arriving in Luanda, expressing the intention to visit the province of Benguela, he has the option of traveling by plane or by road (bus).

For international and domestic flights, there are 2 airlines you can use: TAAG Angola Airlines and the Fly Angola. These have regular flights that can take you to 13 of Angola's 18 provinces including Benguela. Arriving in Benguela, you will disembark at the 17 de Setembro airport where you will be close to some transport service options.

Access by road has been improving and the journey from Luanda in this way is pleasant due to the beautiful landscape. So if traveling by air isn't your first choice, Macon Transport is our most renowned inter-provincial bus service company and, in addition to being able to take you to the provinces you want on domestic trips, it also has the Luanda-Windhoek route. Remember that Benguela borders the province of Huambo and Lubango, how about visiting these provinces during your sightseeing trip to Benguela? 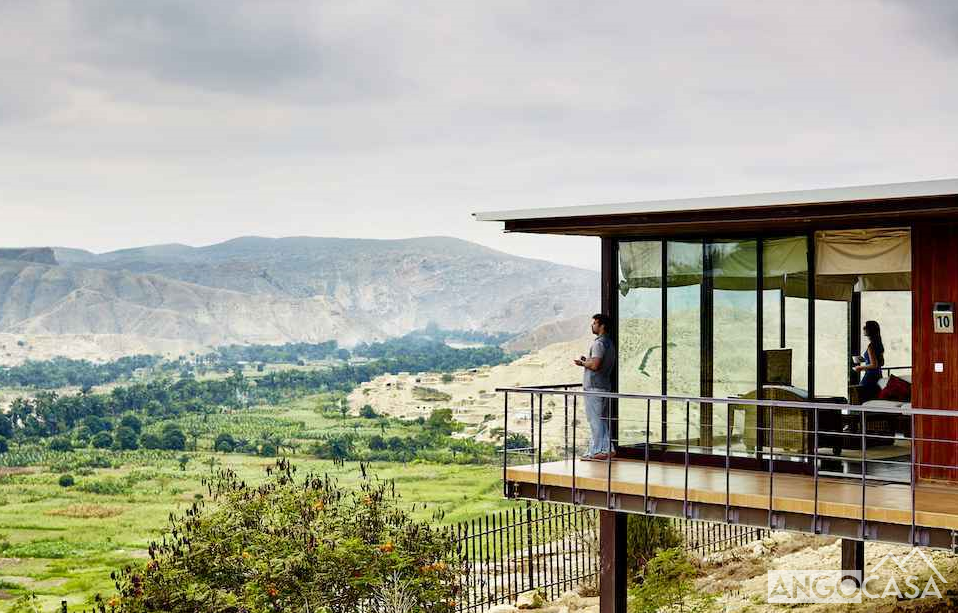 The province of Benguela offers a wide range of accommodation, from resorts, lodges, hotels, guesthouses, tourist villages, etc. Upon arrival, you will encounter the Hill Resort which is located in Morro da Catumbela. Be sure to consult the section of Accommodation where you will find the best options for accommodation in Benguela and beyond. If you prefer a more cultured stay full of local experiences, we invite you to visit the national version of Air Bnb, Boa Estadia.

For the purposes of transport in the city of Benguela, you don't have to worry, Welcome to Angola suggests the options that suit all budgets:

Public transportation: Optionally, you can also explore the option of the blue and white taxis that circulate around the city. Note that, when using these cars without knowing the city, you should carefully seek the help of the driver (collector), the driver or someone who is sitting next to you. The Angolan people are very welcoming and always ready to help.

Once in Benguela, you have plenty of magnificent places for entertainment, adventure and tourist exploration. You can visit the beautiful beaches of Caota, which is excellent for an underwater dive, Caotinha, a small beach with very clear waters, which can be reached from Morro da Caota, Baía Azul, Baía Farta, or the famous Praia Morena. 20 km from Benguela is the Chimalavera Regional Park and 30 km to the southeast, the Buffalo Reserve.

You can also visit one of the best natural ports on the African coast where the deep water port connects to the Benguela railway, from there it crosses the entire country and the borders of Zambia and the Democratic Republic of Congo.

If you plan to visit the province of Benguela between the months of May and August (cold months), you must wear your cacimbo clothes. On the other hand, the months of September to April are usually warmer (summer season), ideal for visiting the best beaches in Benguela. However, you should always be accompanied by summer clothes (beach clothes, shorts, etc.), sunscreen, slippers, cash in hand, as Angola still lives a lot from the informal economy. If you are a foreign visitor, you must have an up-to-date vaccination card with you.

Cacimbo clothes turn out to be indispensable when it comes to provinces like Huambo, Lubango and Benguela too, where the cacimbo seems to last longer than in other provinces.

For more information related to the country's stations, visit: INAMET

Unlike other provinces (eg Luanda), Benguela is a not very busy province. Despite the existence of positive points, the negative points or some uncomfortable conditions that you may encounter cannot be ruled out: 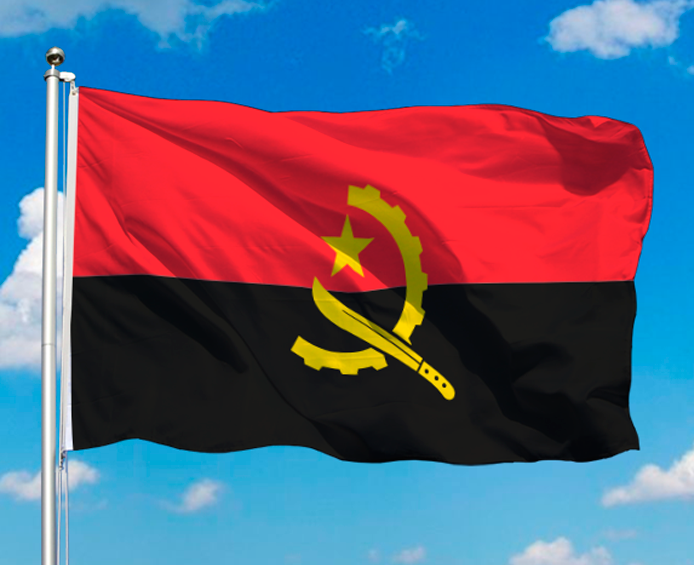 You cannot leave Benguela without taking with you the seeds of the red acacia plant, which are the main symbol of the province. For this, you can visit the Municipal Nursery of Benguela where you will find red acacias, as well as other plant species to take with you.

Optionally, you can take with you some of the local delicacies such as:

Additionally, you can buy some souvenirs like clothes and accessories at affordable prices in places like Dungeon and Transgoia.

You know, if you come to Angola, don't forget to visit the province of Benguela, the city that has been a weekend retreat for many Luandans, offering a calmer environment in the face of the pace of the Angolan capital. There are many tourist spots to explore in that province.

Please let us know if this article was helpful to you in the comments below! 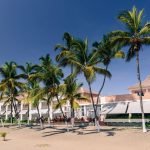 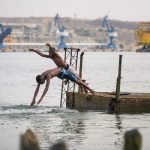 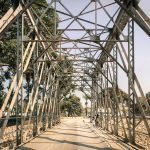 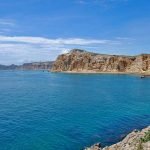 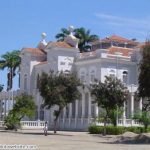 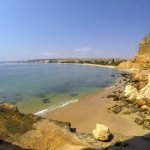 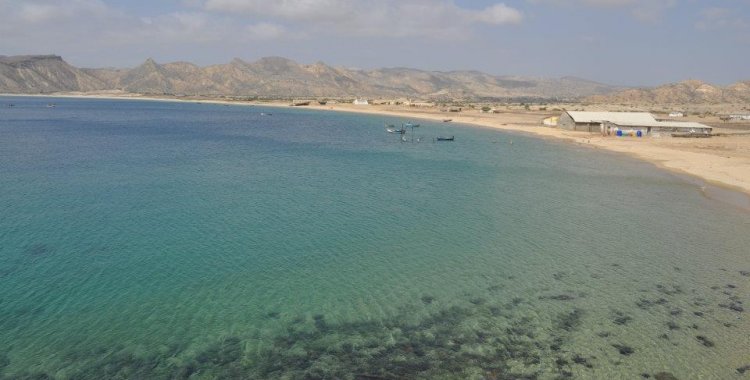 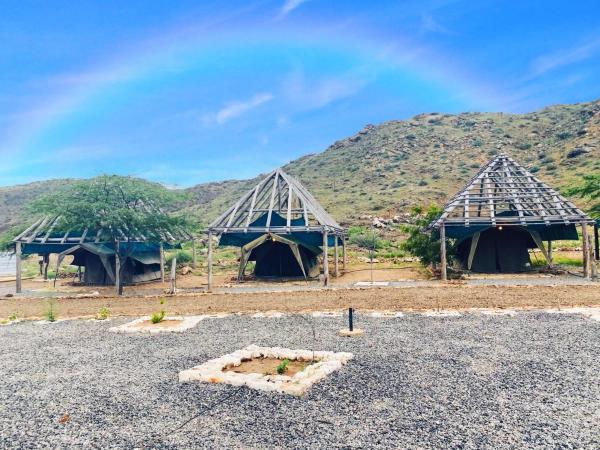