Malanje is one of the provinces with the most attractive tourist spots in Angola. The city is so well known for the Calandula Falls and the Cangandala National Park. This provides its visitors with the best moments of culture and leisure through ecotourism. 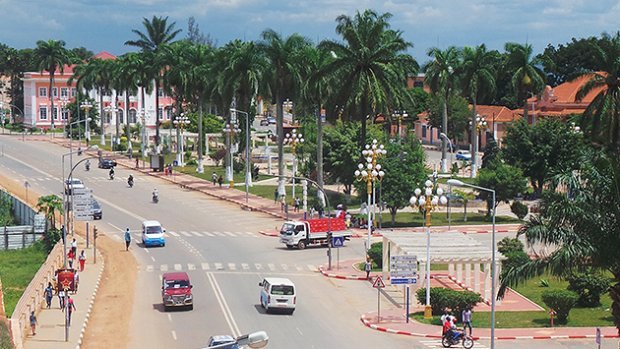 Malanje province is one of the provinces of Angola, located in the northern region. The city of Malanje, founded in 1852, has a railway (since 1909) that connects it to the city of Luanda, which has allowed the development of that region. In 1932, it became a city. It is located about 423 km from Luanda and 175 km from N'Dalatando.

The word “Malanje” would originate in the Kimbundu language, and would have as meaning the term “the stones” (ma-lanji), but there are several versions about the origin of the name Malanje.

Malanje province has a total area of 97,602 km2, has an estimated population of 968,135 inhabitants (2014 Population Census Data). The population has a very diverse origin, inserted in 3 linguistic groups: Kimbundu, Kikongo and Ambundo.
The most widely spoken national language in Malange province is Kimbundu.

The climate is humid tropical mesothermic, the coldest month is June with an annual average of 20ºC and the warmest months are March and April, with an average of 25ºC. There are two seasons throughout the year: Rainy season which covers about nine (9) months (August to May) and the other is the cacimbo season which runs from May 15th to August 15th.

Delimitation of the province

Major commercial airlines fly to the province, such as TAAG Linhas Aéreas de Angola.. You arrive at the domestic airport in Luanda, and then buy a ticket to Malanje (Aeroporto)

The roads have been repaired and it is possible to reach Malanje via Luanda, with the road companies AngoReal and Macon. 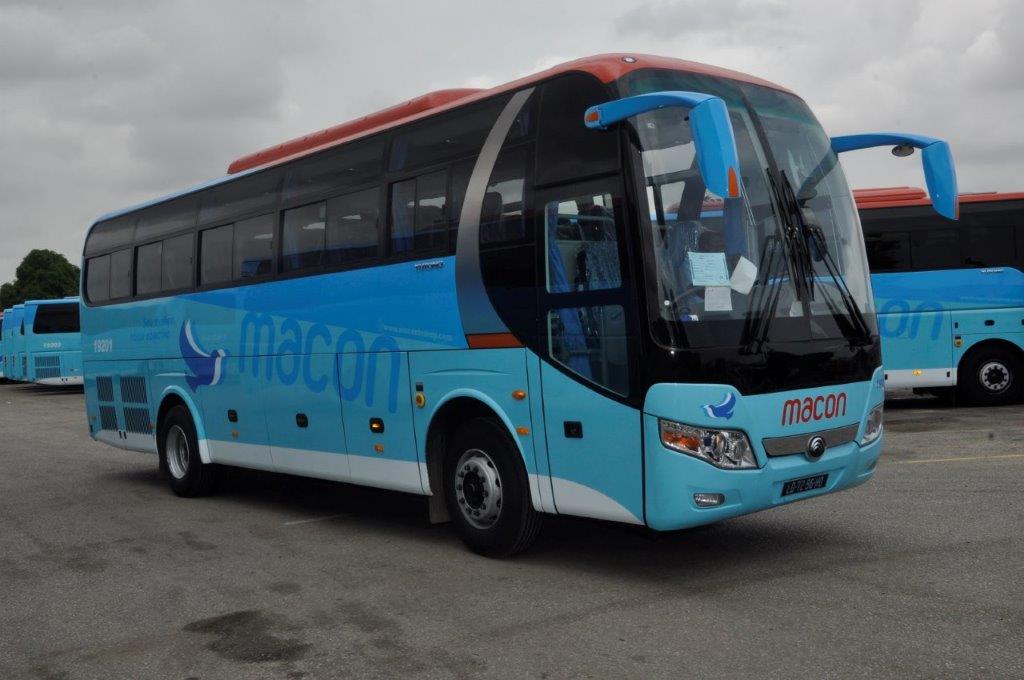 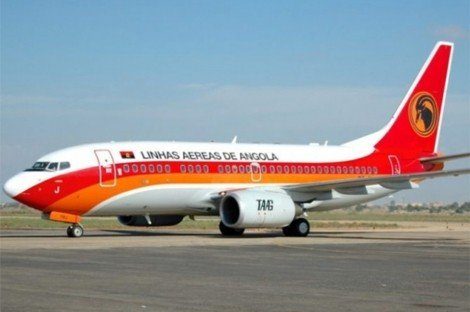 To stay in Malanje province, our website has the following suggestions that will make your stay memorable: Regina Palace Hotel, Hotel Palanca Negra, or in order to be closer to nature, you can stay at Pousada Duque Bragança which provides a wonderful view of the Kalandula Falls. 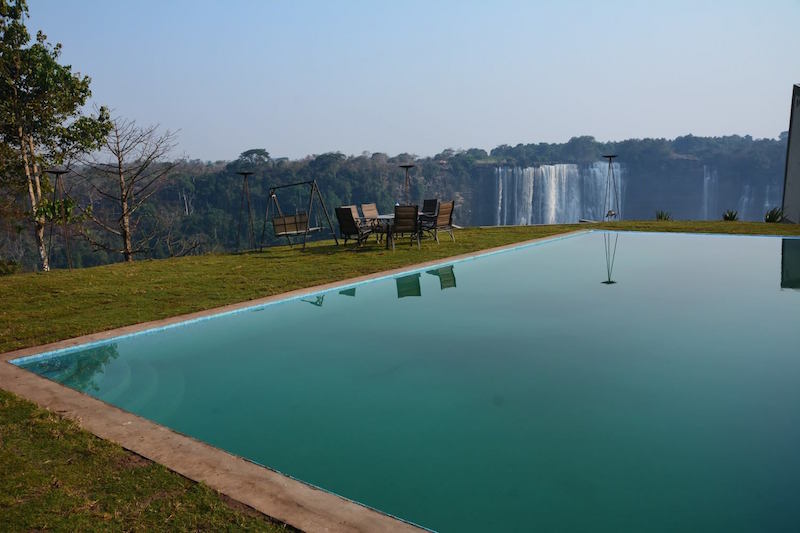 To get around the city you won't have any problems, as the options suit all budgets:

Bike taxi: There is a motorcycle taxi service available from almost every corner of the city, which takes the passenger to their final destination.

Public transportation: if you feel safe and a little adventurous to explore this option, there are blue and white vans that circulate through the city, as well as mini buses. However, to use them you must know where you are going or ask the driver's assistant (collector) to indicate you, as the stops are not signposted.

Typical dishes are kizaca, usse, dried meat and game, kinhanza, ginguinga (made with offal), which is always accompanied by cassava or corn funge. 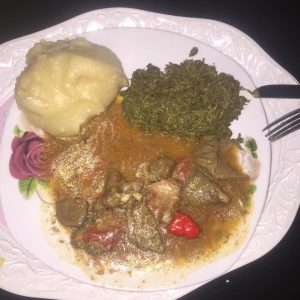 It sniffs very small, and kizaca

To taste a little Malajina gastronomy you should visit the following restaurants: The backyard, O Triangle restaurant, or you can even go to an informal market stall, and enjoy typical dishes with your hand without the help of cutlery (fork and stick). 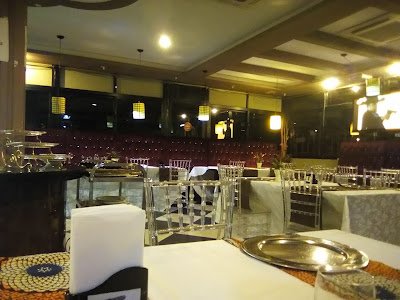 In this province we find the following national parks and reserves that are mandatory places to visit: 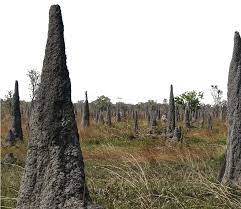 Rock formations of great natural beauty, where the footprints of Queen N'Ginga M'Bandi and King N'Gola Kiluange are said to be marked. The Black Stones are a set of rock blocks of enormous dimensions that occur in the locality of Pungu-a-Ndongo, municipality of Cacuso, province of Malanje. The ensemble is composed of intrusive rocks that have been exposed by erosion, over the centuries, and well-consolidated sedimentary rocks (sandstones and conglomerates). 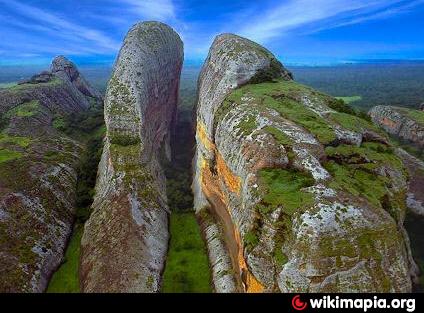 Black Stones from Pungo to Ndongo

Pungo Andongo, however, is more than just a place where geological anomalies occur. It is a place full of myths, legends, traditions and cultural values. Due to its topographical and geomorphological characteristics, Pungu-a-Ndongo served as a fortress for the Ngola Kings, having been, at that time, capital of the Kingdom of Ndongo.

When visiting Pungu-a-Ndongo, visitors should not forget to visit King Ngola Kiluanji's Footprint, Queen Njinga's Footprints, Cantinho do Céu, Pedra do Velho Caturra and Stone of the Sacred Orchard. It is within walking distance of the Capanda Dam, another tourist spot worth visiting.

The Kalandula falls are the fascinating tourist attraction in Malanje province and one of the most important in Angola. They occur on the Lucala River and are about 500 meters high. They are the second highest falls in Africa. They form a permanent rainbow and an illusory fog. It has a viewpoint and is a good place for walks and picnics. 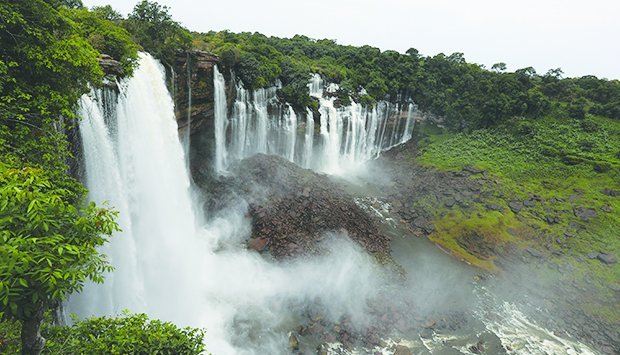 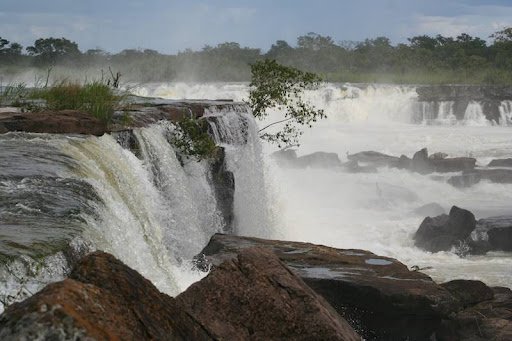 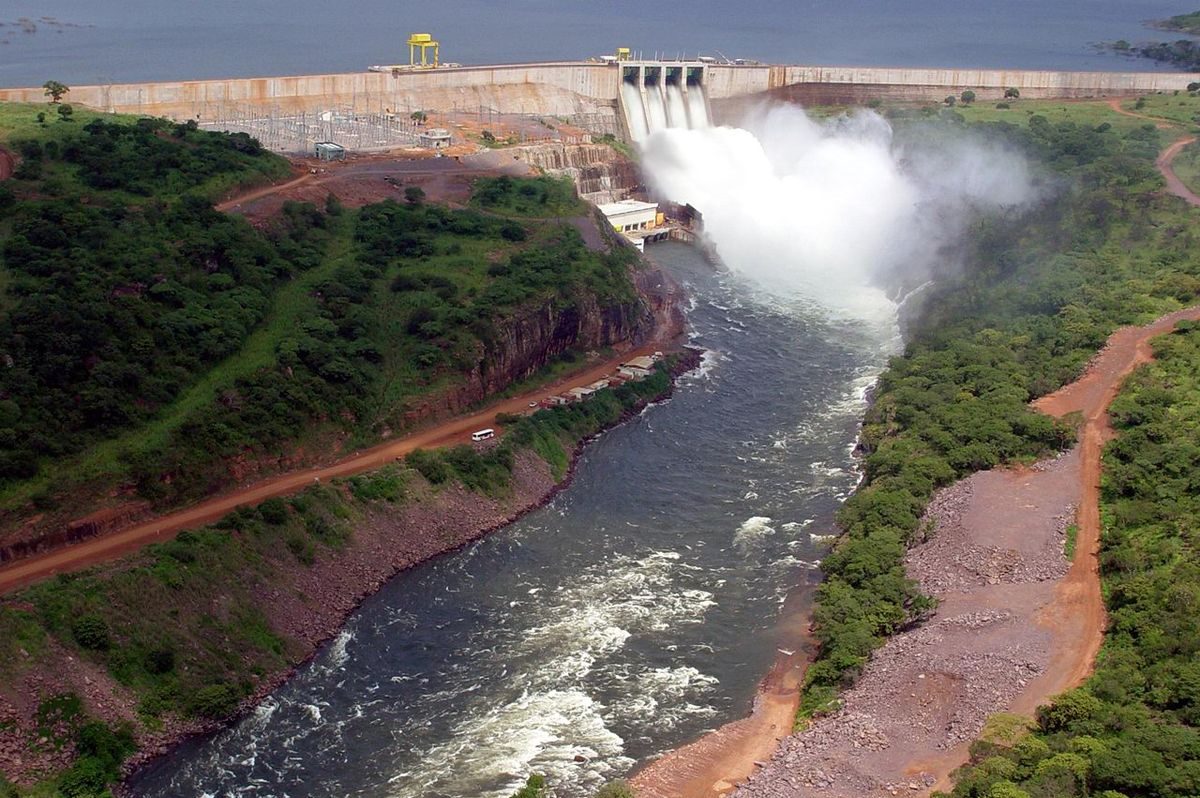 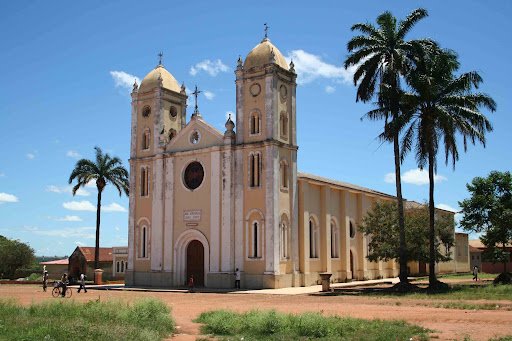 The City festivities take place on February 13th and February 4th is also very celebrated due to the massacre of Baixa de Kassange. In traditional festivals, the typical dances are massemba and n'buenzena to the sound of instruments such as marimba from Kalandula, Kuissange, Hungo and Tambores known as Batuques.

Take a photo of the Giant Sable 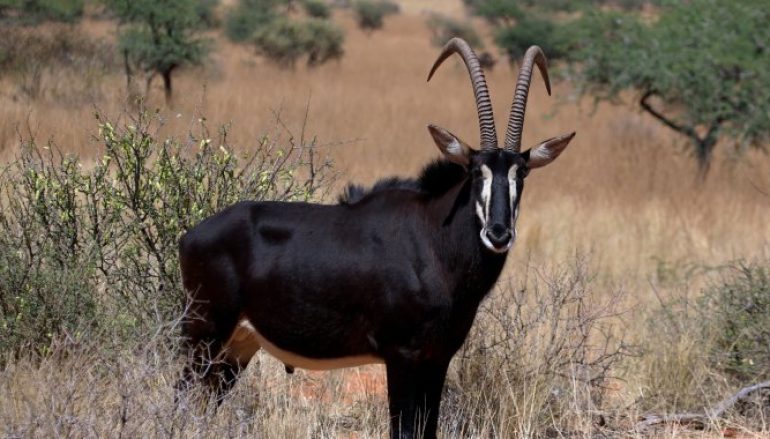 Lead to Marimba which is a traditional musical instrument used in the lands of Malanje, and finally take the land delicacies. 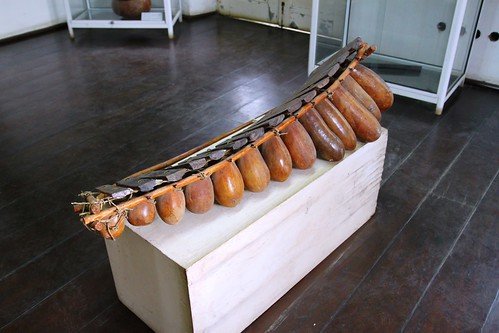 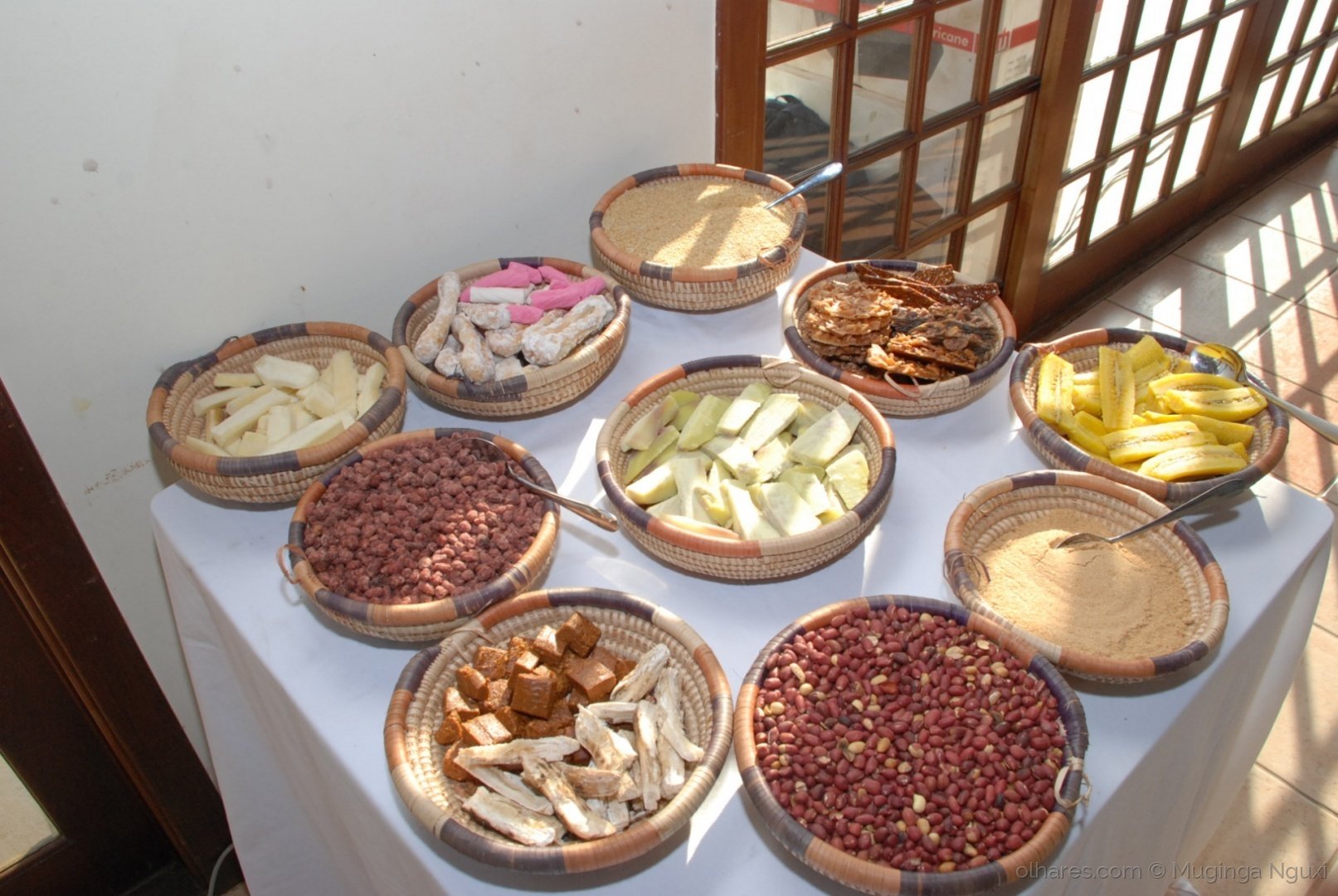 With this tour guide you can enjoy a complete visit to the land of the Giant Palanca Negra. Please let us know if this article was helpful to you in the comments below. 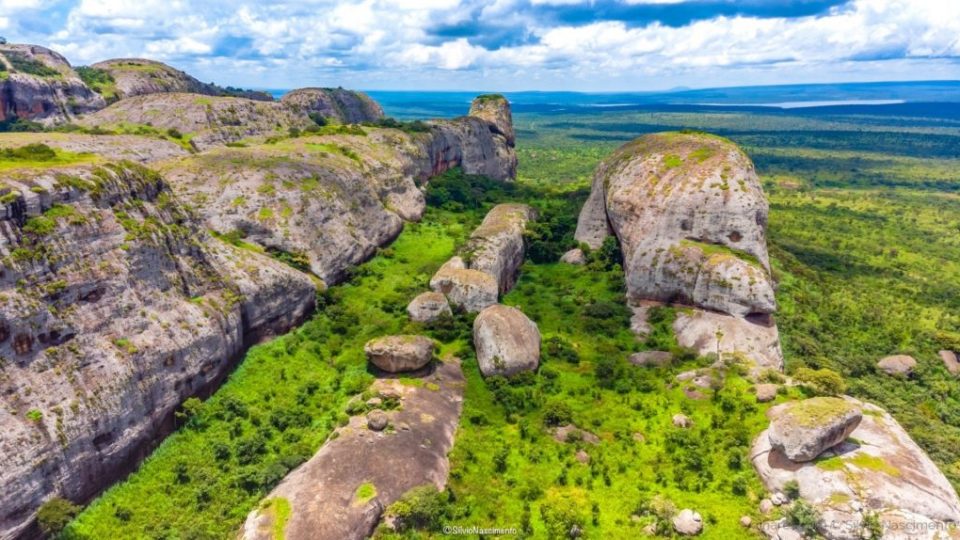 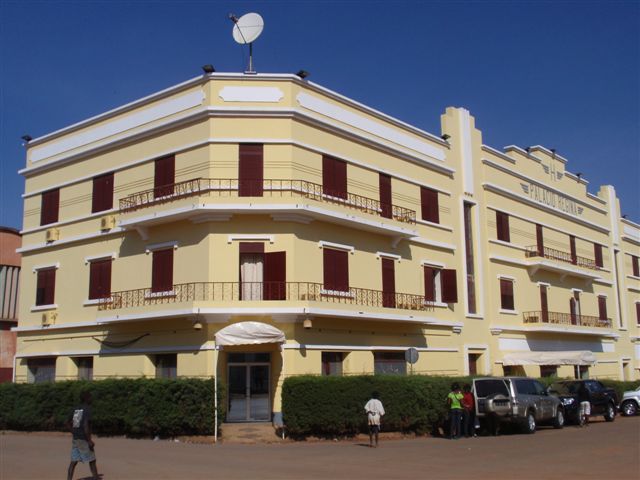